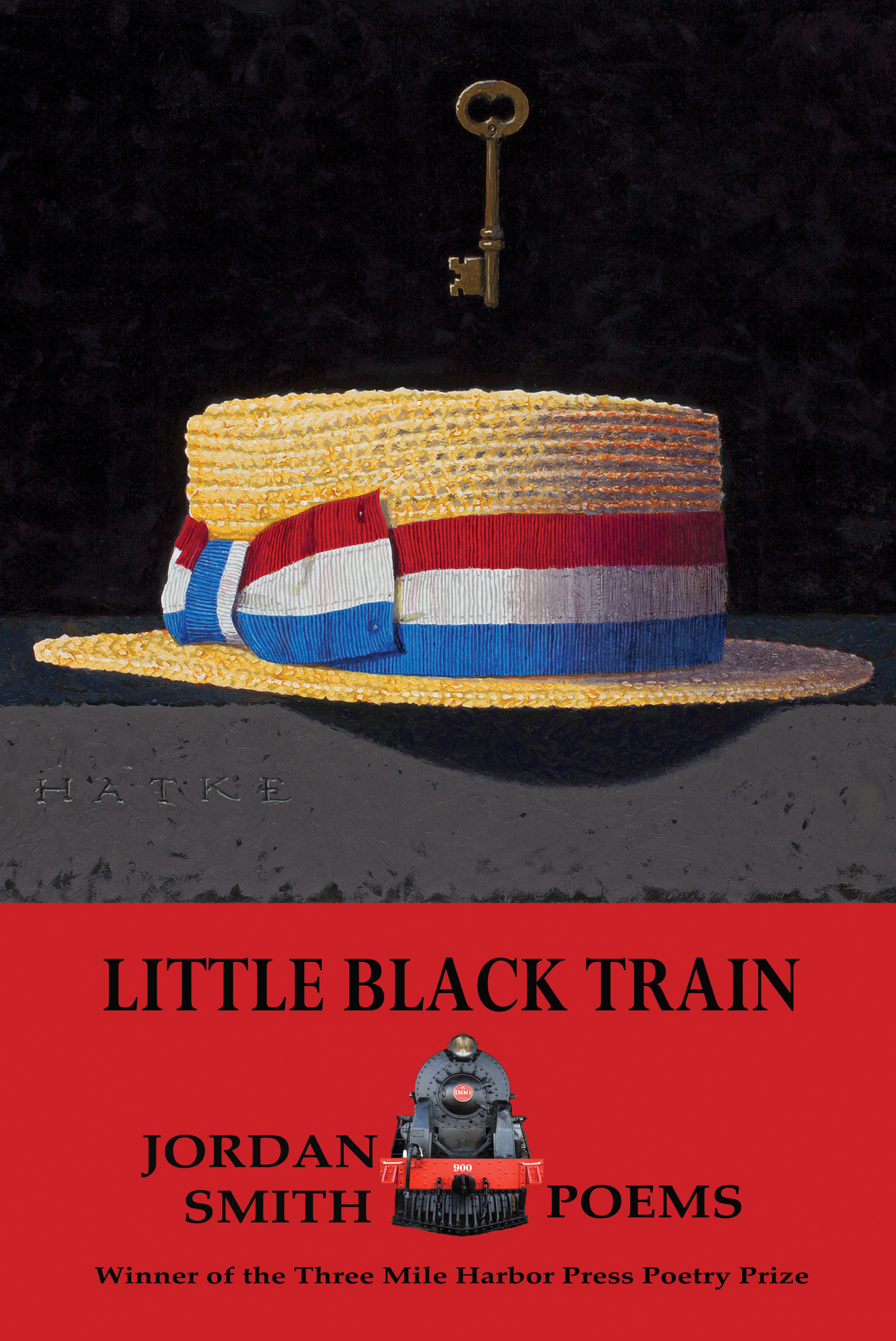 Old loves – especially music and art – once again kindle a poetry of beguiling eloquence and erudition for Jordan Smith and highlights of this collection include two memorable suites of poems: “Eight Hats,” based on paintings by Walter Hatke, and “Sketches for a Novel,” drawing on paintings in the National Gallery of Ireland. The pull of the past is strong for Smith and these poems are replete with references to touchstones of other eras – straw boaters, Wobblies, R.D. Laing, old time hymns, Monopoly games… but nostalgia is leavened by a new political urgency, the ecstasies and explicatives of today.

Like a railroad lantern, Jordan Smith’s poems light the region between the workings of chance and the routes that bind us to memory.  Through the years and a brace of books, Smith has led readers into the presence of a great question:  “Who would have thought the broken might contrive such beauty?”  It is a beautiful question, one that issues as if from the instruments of old music. He inquires with such brilliant artistry, that each poem leads us to a further place, one we had not foreseen.  As he puts it,

what I wanted was a learned, an unearned grace
Where between word and world the difference was as slight
As a gesture not yet begun,a singer’s voice in memory, praising
Artifice, as naturally as that.

I have often thought about the courtesy implicit of the best poets to invite us into imaginary rooms in our own minds.  Smith takes us time and again, leaving us grateful for the true  intelligence we find there.  – David Rigsbee, author of Not Alone in My Dancing

Jordan Smith is the author of seven books of poems, most recently Clare’s Empire, a fantasia on the life and work of John Clare from The Hydroelectric Press, and The Light in the Film from the University of Tampa Press. The recipient of grants from the Guggenheim Foundation and the Ingram Merrill Foundation, he lives with his wife, Malie, in upstate New York, where he plays fiddle and is the Edward Everett Hale Jr., Professor of English at Union College.